The Deise Greenway, or Waterford Greenway, offers a 46 Kilometre off road cycle path starting from the heart of Dungarven to the quays of Waterford city. The Greenway was built up several sections spanning over a course of 4 years. The first stretch, starting from Dungarven to Ballinroad, opened in 2013, then extended to Kilmacthomas in September 2016, and finally Waterford City in March 2017.

Conveniently, you don’t need to bring your own bike to cycle the greenway, companies like Waterford Greenway Bike Hire offer a shuttle service from Waterford, Dungarven and Kilmacthomas if you’re intending on doing just a one way trip to cover the greenway fully or partially. For public transport, route 40 can take you to any of the three aforementioned places. 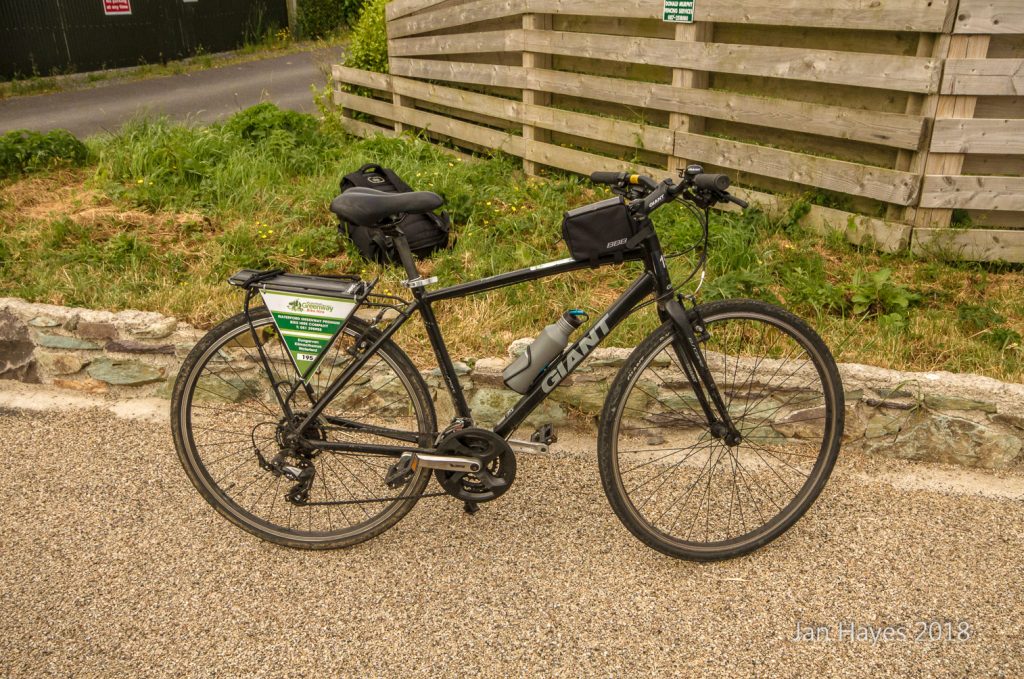 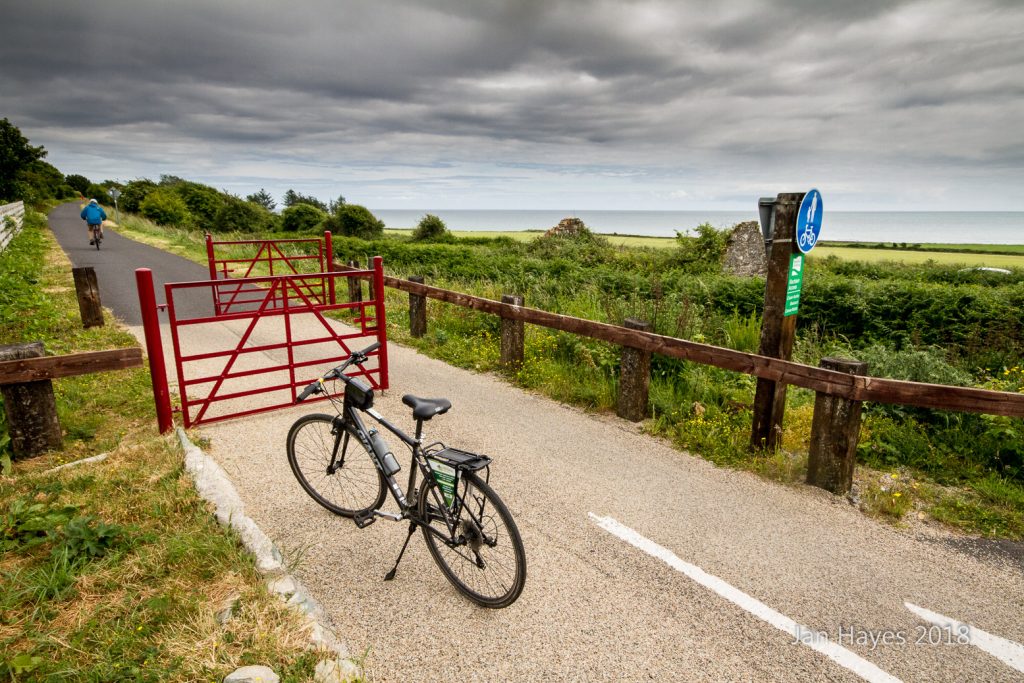 Staggered gates installed at every road crossing as a safety measure. Just is just outside Dungarven, going in the direction of Waterford.

Approaching Clonea & Dungarvan Viewpoint ( usually people take photos in the opposite direction ), say goodbye to the ocean at this point. 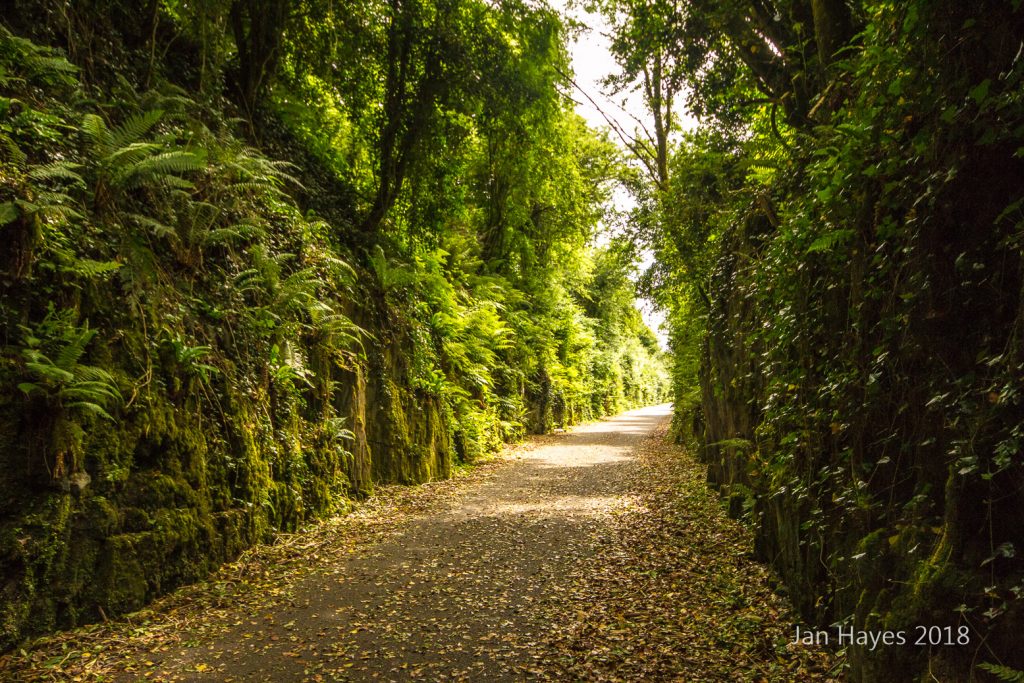 Facing the direction towards Dungarven, this is where the cutting begins before entering the Ballyvoyle tunnel (opposite direction) 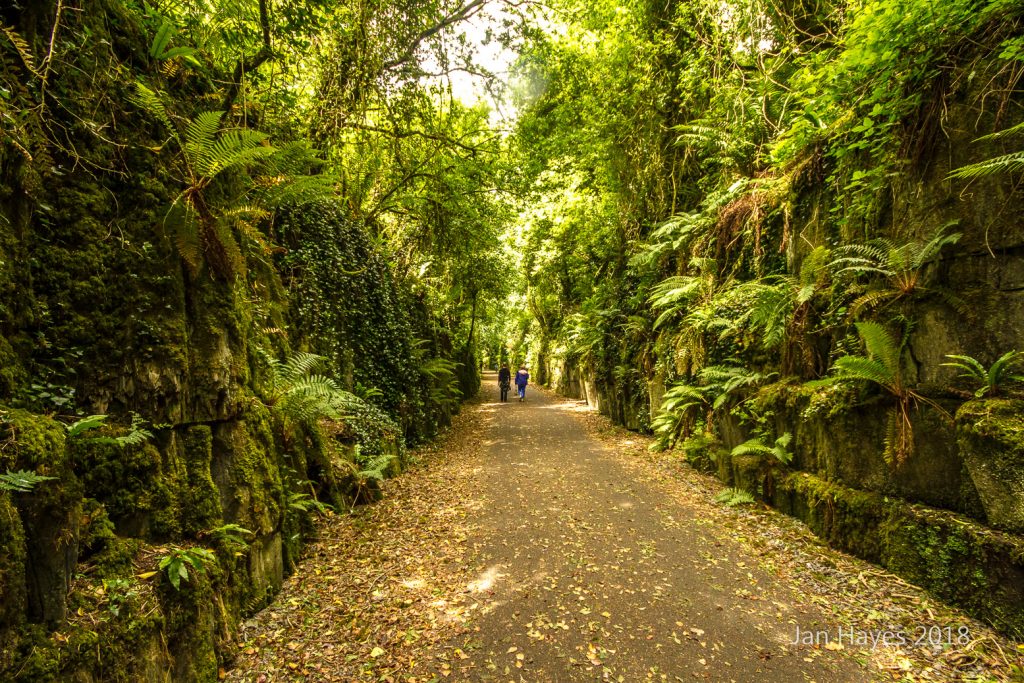 Ballyvoyle tunnel cutting, this is one of my favourite highlight of the Dungarven to Kilmacthomas section. 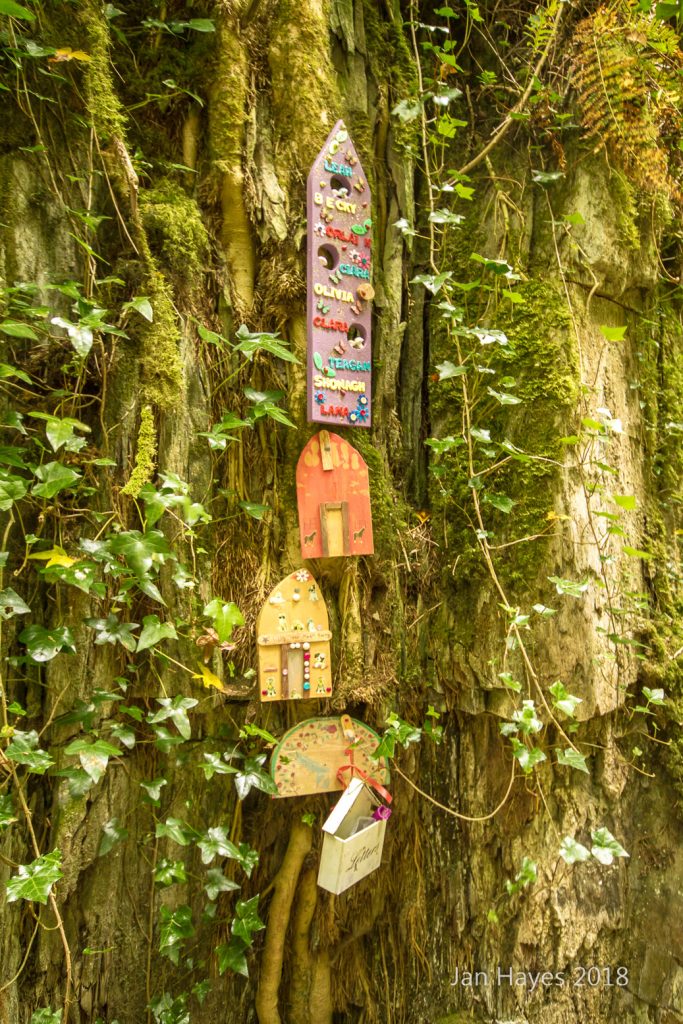 Plenty of fairy doors just outside the entrance of the Ballyvoyle Tunnel (on the Dungarven side), be careful not to stir the tiny ninjas living inside them. 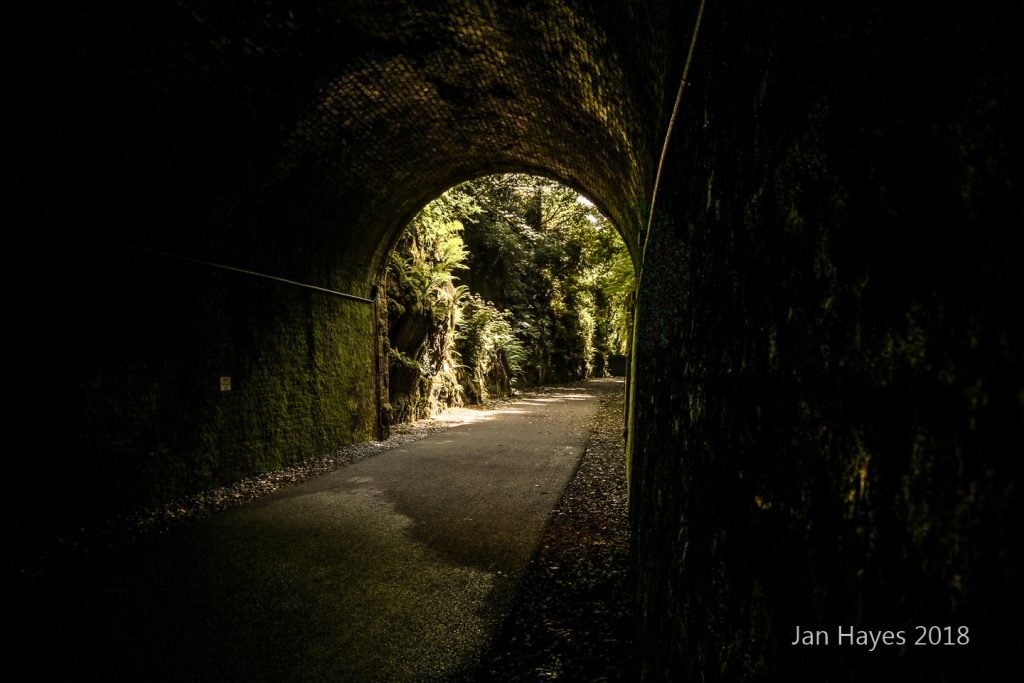 Entrance to the Ballyvoyle Tunnel, facing in the direction towards Dungarven. 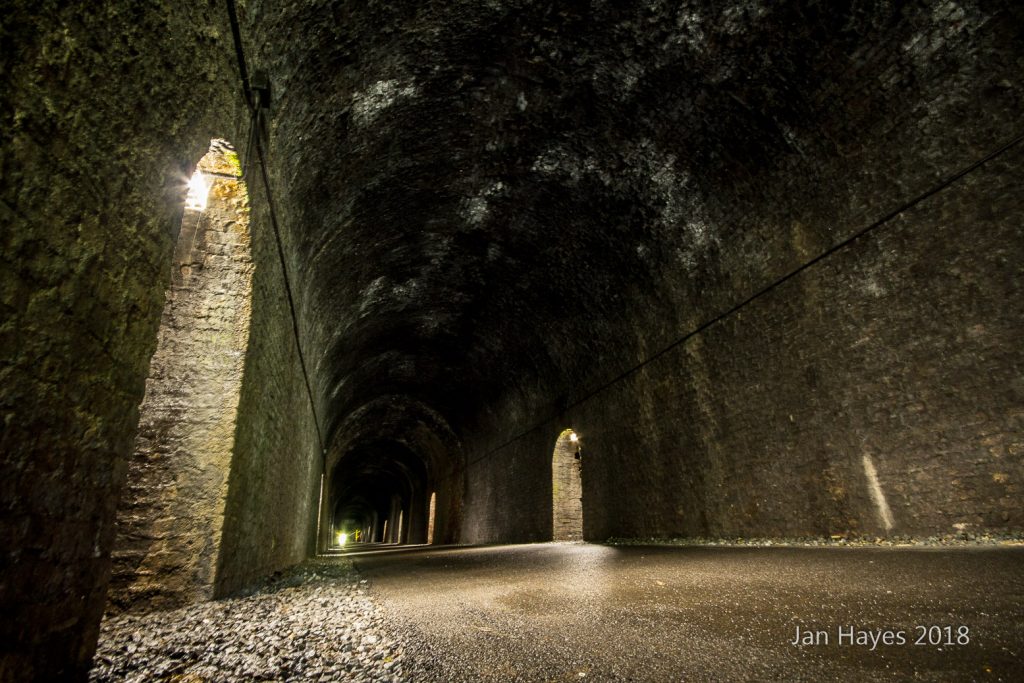 Ballyvoyle Tunnel, this is a long exposure shot, the tunnel is more dimly lit than it seems. An often ignored sign asks cyclists to dismount before entering the tunnel probably so I would recommend having something to improve visibility just in case.

Kilmacthomas is a good halfway point to stop off for a break and refreshments, it feels like it’s the highest point of the greenway with either direction going mostly downhill. In my experience, the Dungarven to Kilmacthomas section had more traffic than the Kilmacthomas to Waterford section, I would guess that this is due to features such as the Durrow viaduct, Ballyvoyle Tunnel and the panoramic view of Dungarven having wider coverage on social media and news outlets than the second half of the line.

There is still plenty to see in the direction of Waterford however, the Kilmeaden section features a heritage railway, between Kilmeaden and Mount Congreve is a great view of the Suir river and following on shortly is the Mount Congreve Gardens. Before approaching Waterford there is also an entrance to the WIT West Campus, this is connected to the cyclepath on the Outer Ring Road and potentially to Tramore ( although this route would have you cycling in close proximity to motor traffic which may be less ideal). 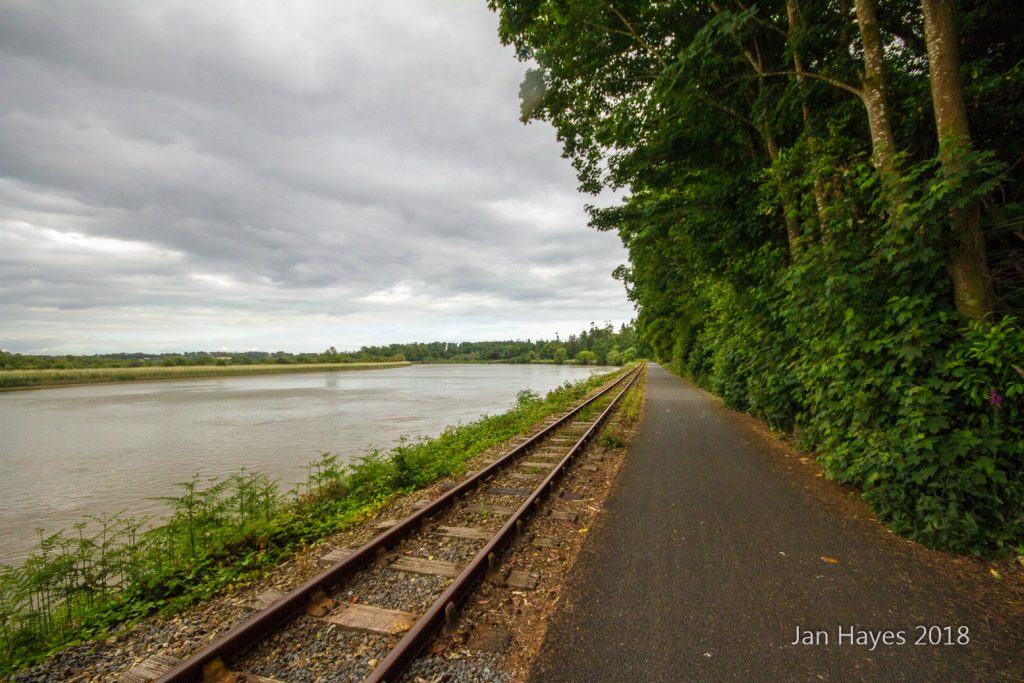 Kilmeaden to Mount Congreve section, in the direction of Waterford. 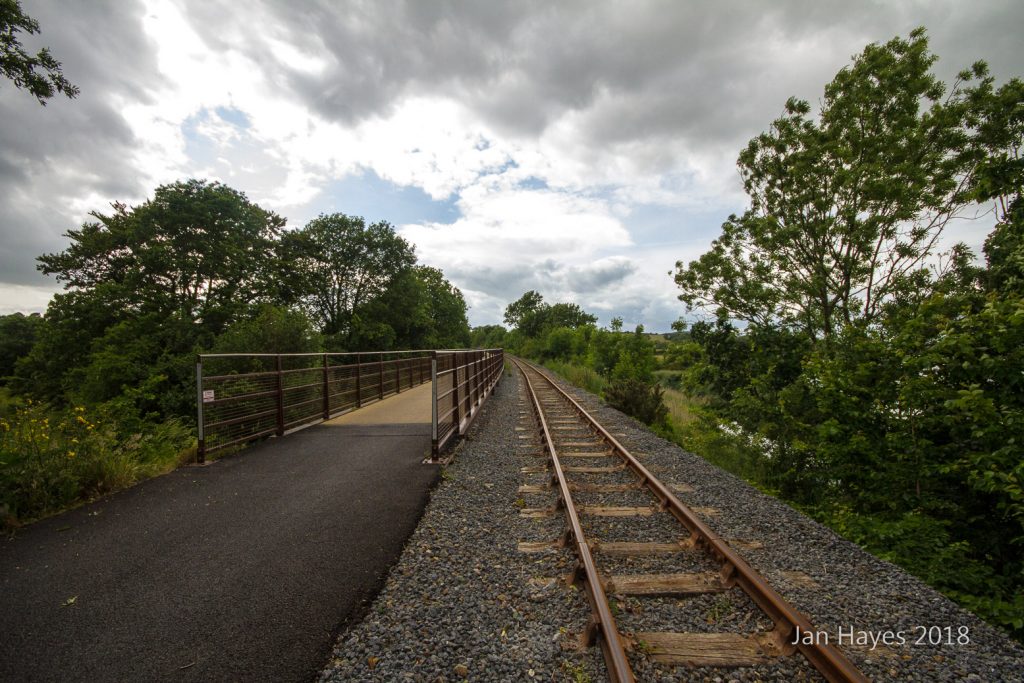 Kilmeaden to Mount Congreve section, in the direction of Dungarven. Short distance from the Kilmeaden station that functions as the heritage project, Waterford & Suir Valley Railway. From April to September, a small passenger train runs daily between Kilmeaden and Bilberry. 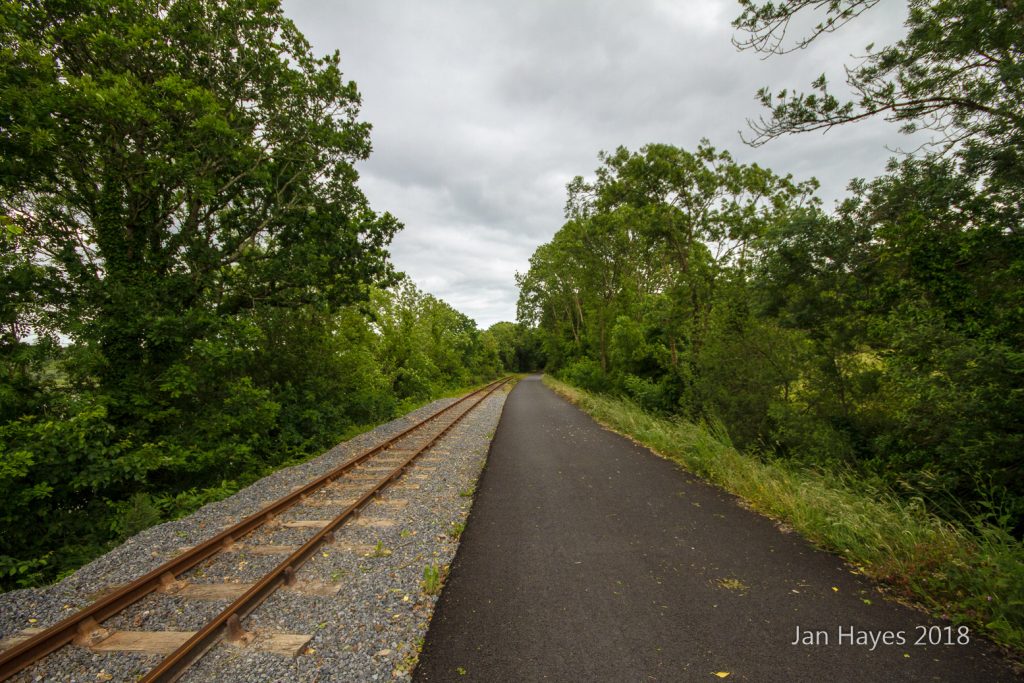 Kilmeaden to Mount Congreve section, in the direction of Dungarven. 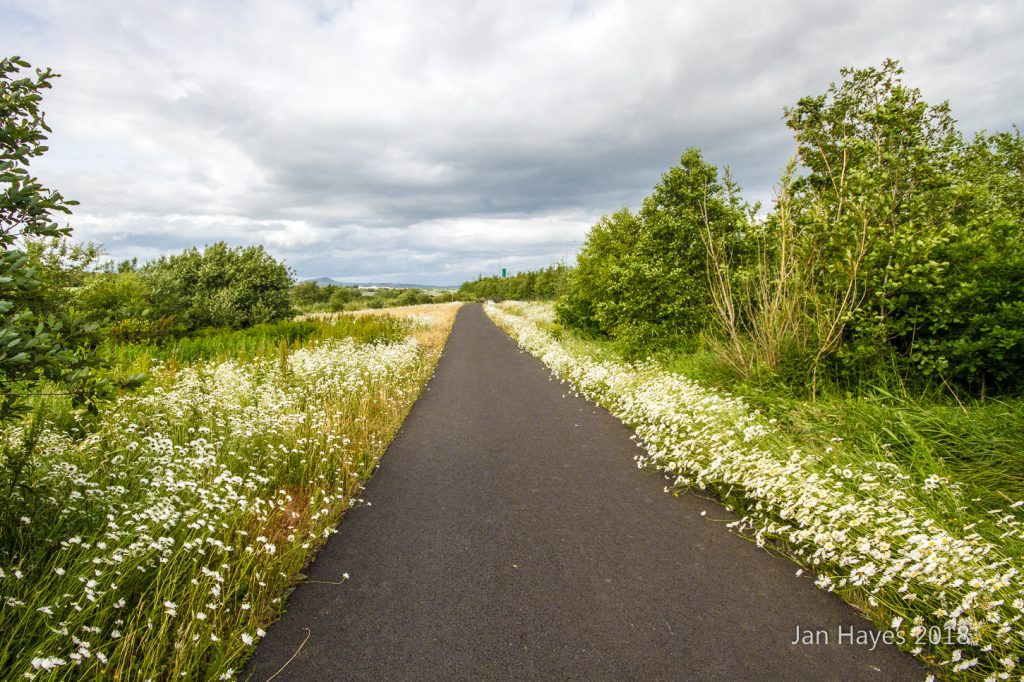 Shortly outside Waterford, close to an alternative route to WIT West Campus

The Waterford Greenway officially ends at Water’s Gate but the council has added a cycle path that takes you as far as Gratten Quay, afterwards you’re left with traversing on a footpath. It would be great to see the cycle path extended deeper into City Centre, in particular John Roberts Square which would offer a great way to finish (or start) the experience.

The Future of the Waterford Greenway

As of time of writing (27/4/19), there are two projects in the works that are worth keeping an eye on, The Waterford North Quays project which includes the construction of a pedestrian bridge connecting the North and South quays and the New Ross to Waterford Greenway that the Kilkenny County Council are seeking to develop. The latter project already has a proposed route:

The Kilkenny County Council have also provided an ambitious timeline for this new greenway:

Combined, these projects could potentially extend the Waterford Greenway by 25 kilometres, taking it a little bit closer to Dublin. So why stop there?