The Allihies Copper Mine, West Cork 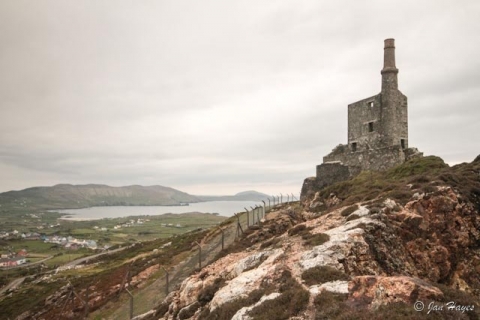 Back in May I finally got the opportunity to see it for myself. Allihies Copper Mine was at some point in the mid 1800’s, the largest copper mining operation in Europe and once the copper production dwindled in the late 1800’s , production ceased and Allihies was left with an abundance of mineshafts and large gaping chasms, each one cutting deep into the mountain largely thanks to the narrow open-pit mining method used. Without the barriers surrounding the mineshafts and chasms, Allihies is an incredibly dangerous area to go exploring in if you didn’t watch your step. 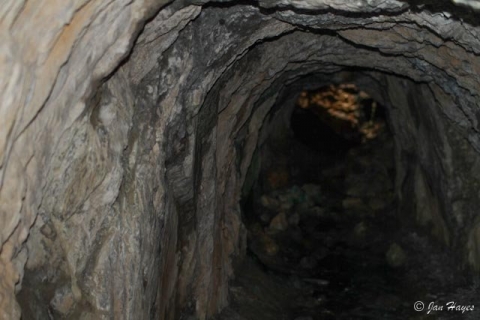 The mineshafts themselves were small and required a considerable amount of crawling to get through, it must have been a pain for the miners at the time having to constantly keep their heads low. Little remains of the mining infrastructure that allowed easier navigation inside the mines, often a mineshaft would lead us to a small abyss containing wooden beams between each side that probably once held wooden platforms, at that point we could only admire the surroundings and turn around to find a different route. 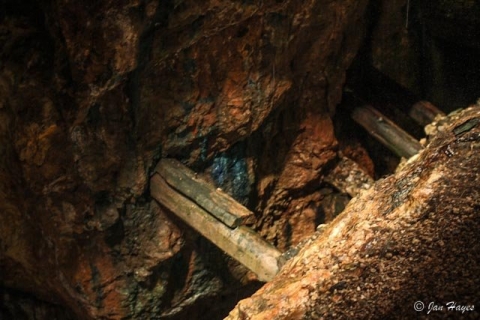 We would find ourselves in various chambers, each one was as unique as the other, their shapes, size and angles they were cut in varied so much it was difficult not to be in awe every time we stepped into a new one. The walls of each chamber were coated in blue-green and yellow brown ( as a result of copper and iron oxidation ) creating a somewhat surreal but beautiful effect. 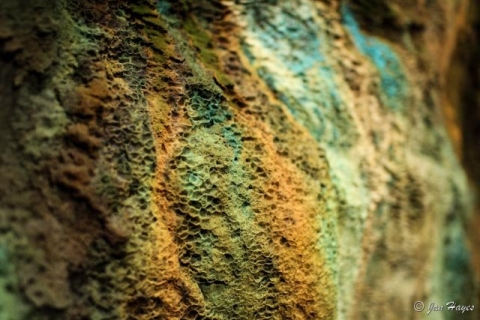 Above ground, was the Engine Tower that was built to lift the miners to/from the bottom of the mine, 500 – 600 metres from the surface, almost 300 meters below the sea level, the prospect of which can be terrifying when you think about how close the mine is to the sea. 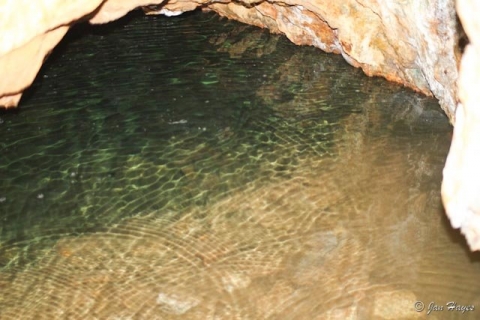 While fences and barriers exist above ground to try keep curious folks like me out, it’s disappointing to see it hasn’t successfully stopped flytipping in the mine. 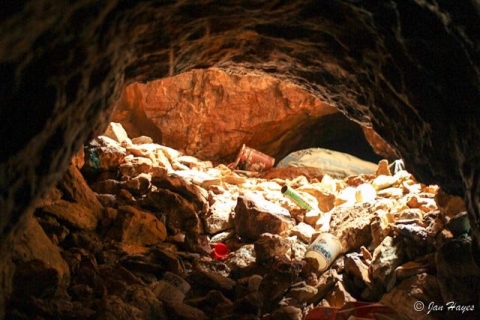 Note: Mountain Mine at Allihies is owned by the State and access underground is only by permission of the Exploration and Mining Division. The good friend of mine who is a local in the area pointed out that more and more barriers have been installed in the area in the past few years making access to the mines incredibly difficult for the intrepid adventurer to access, however if the Allihies Parish Co-operative Society Ltd’s latest €3 Million attraction plan pulls through ( which you can read about it here ), it could mean that the mines can be made safe and accessible to the public. I’m hoping it does, it’s really worth it.

2 Responses to The Allihies Copper Mine, West Cork